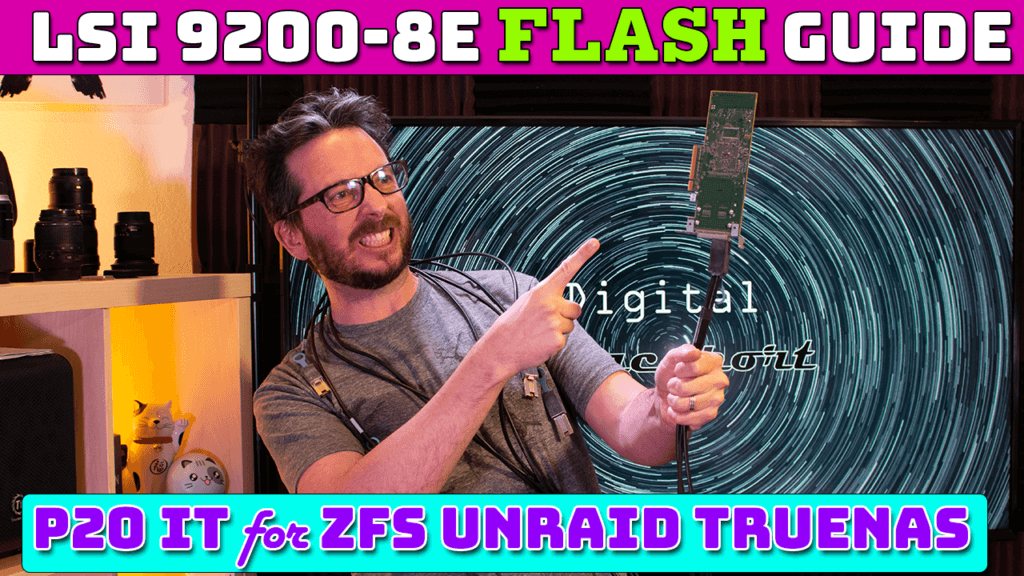 If you have an older firmware then P20 on a LSI 9200-8e external HBA pcie card, then IT is time to get flashing! This guide is for how to flash the LSI P20 firmware with very few steps. We will go through the following steps to get this flashed. First we will create a bootable USB drive. Next we will download and copy onto the drive the Firmware from AVANGO (formerly Broadcom and LSI) and load that up. Finally we will boot the computer with the card installed into BIOS boot mode and boot from the USB and flash the card.

Download the Rufus Portable install so you don’t need to install anything. Grab a cheap decent USB off Amazon via my nifty Affiliate link if you don’t have one. Most likely you have piles of them. Just double click Rufus to run it. Select “FreeDOS” from the dropdown. Click start and you now have a bootable USB. It will open up a new window. Create a folder in it called 9200.

Grab the MSDOS P20 Firmware from the following link: https://docs.broadcom.com/docs/12350397 and extract it. Open up the folder as a new view. Drag the following files into your 9200 folder on the new boot USB you created.

mptsas2.rom (optional, if you want to boot from a device on the card you need this)

Boot the machine and select from the “boot from device” (often F11, but varies by device) the USB drive in BIOS mode. Type CD 9200 to enter the folder. 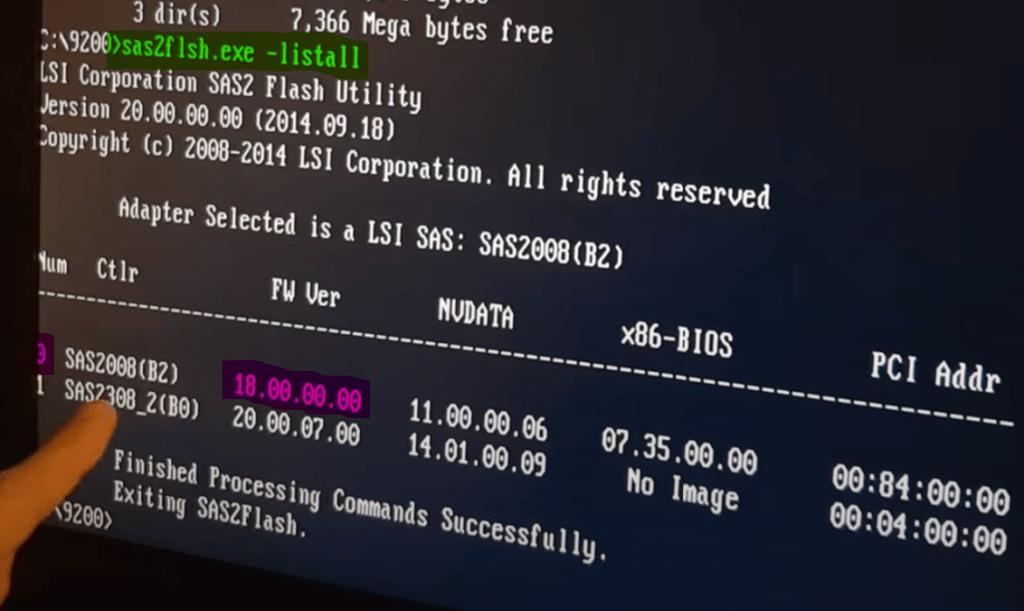 I have 2 cards, and will be flashing card 0 (highlighted in pink) You can see it has the older firmware. It is VERY important you select the correct card to flash. The best idea is to remove all cards aside from the one card you want to flash from the machine. 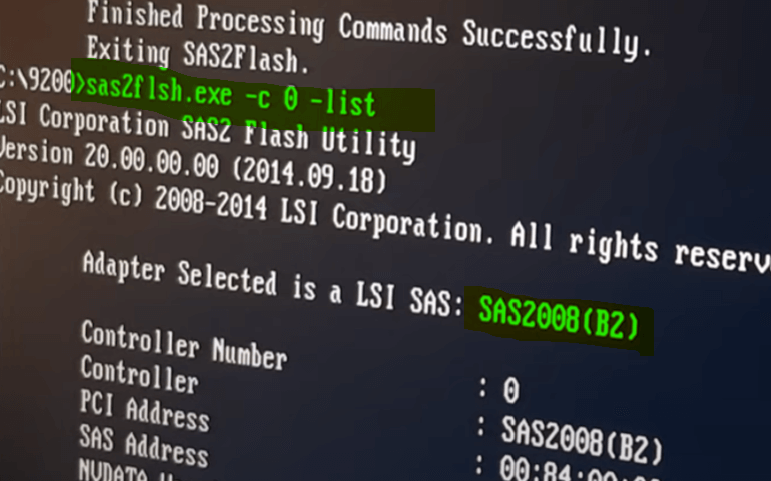 Now we will get full information about the card. Type

(use the correct number) 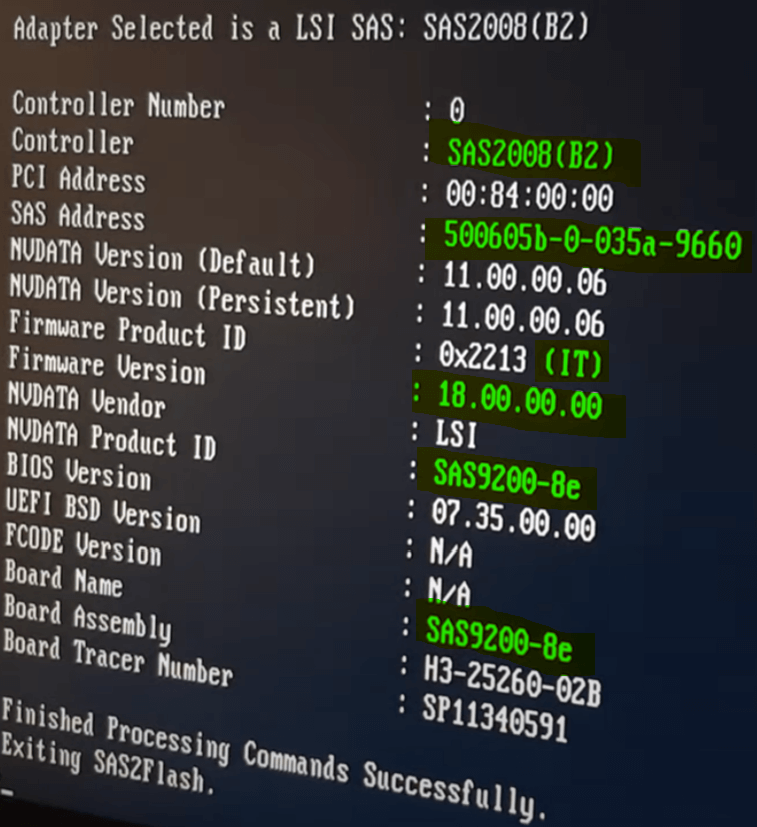 VERIFY that the NVcontroller, Board Name and Firmware and Operation mode look like this. Also note your SAS address. If you forget it and need one, then you can use this one. So long as the same address does not live in the same computer twice, it is fine. You can alter the last 2 digits to make it unique as well.

This will erase the device 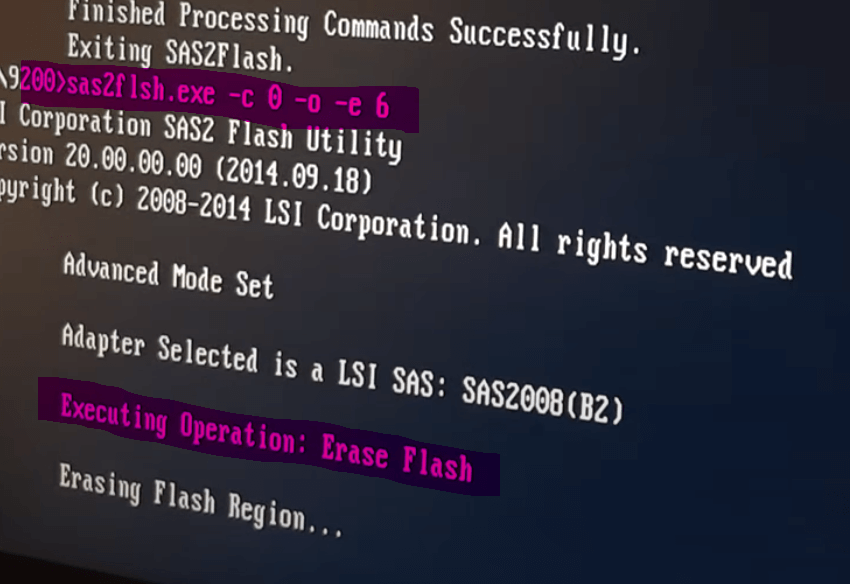 It will take a few moments to finish…Awesome. So far we have not done anything that can destroy the card. The next part can SO BE SURE you are flashing the correct card!

If you want to also allow for booting from a device on the card, then you should type the following. It will increase boot times.

I went with the first option. It will read like this. 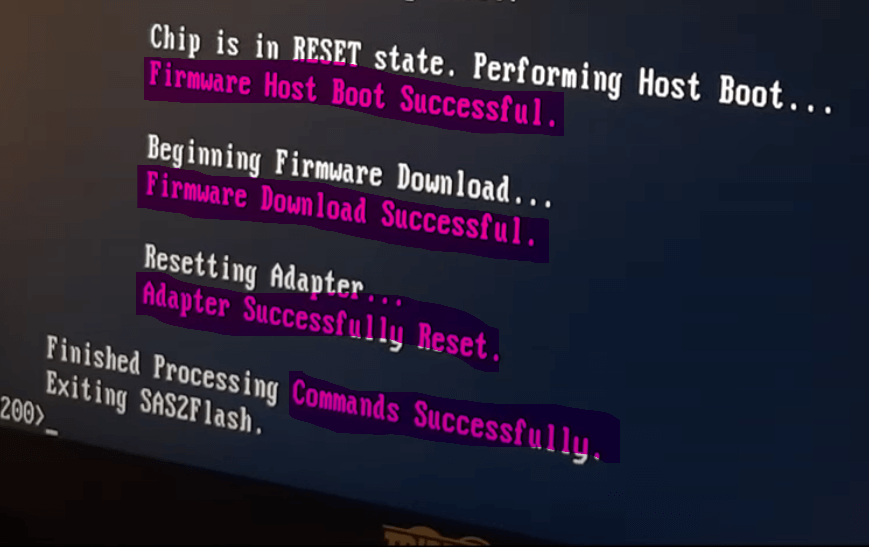 And one last thing just to make sure we didnt mess anything up. Again run the list command like this

(use the correct number) 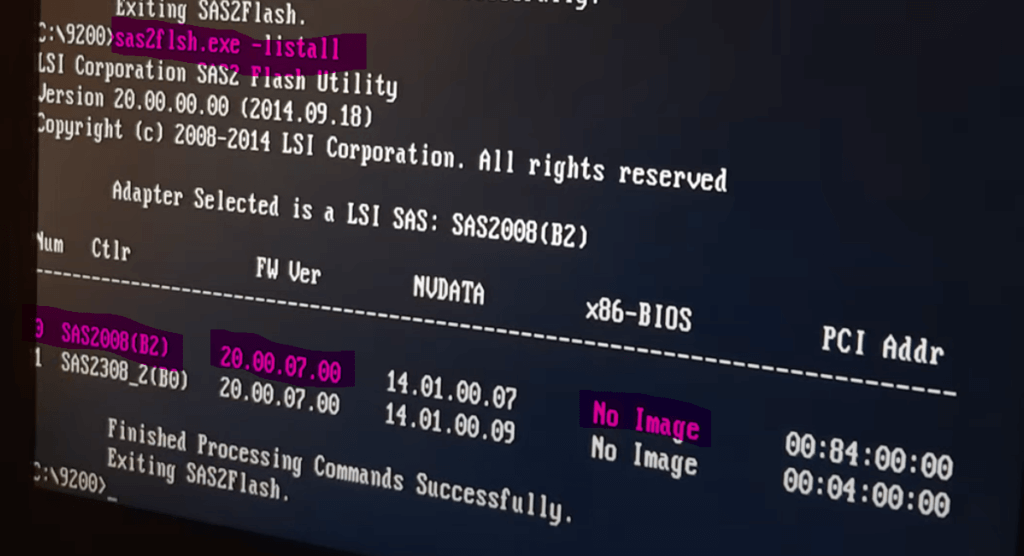 Perfect! We now have the card flashed without the bios boot rom and we are good! 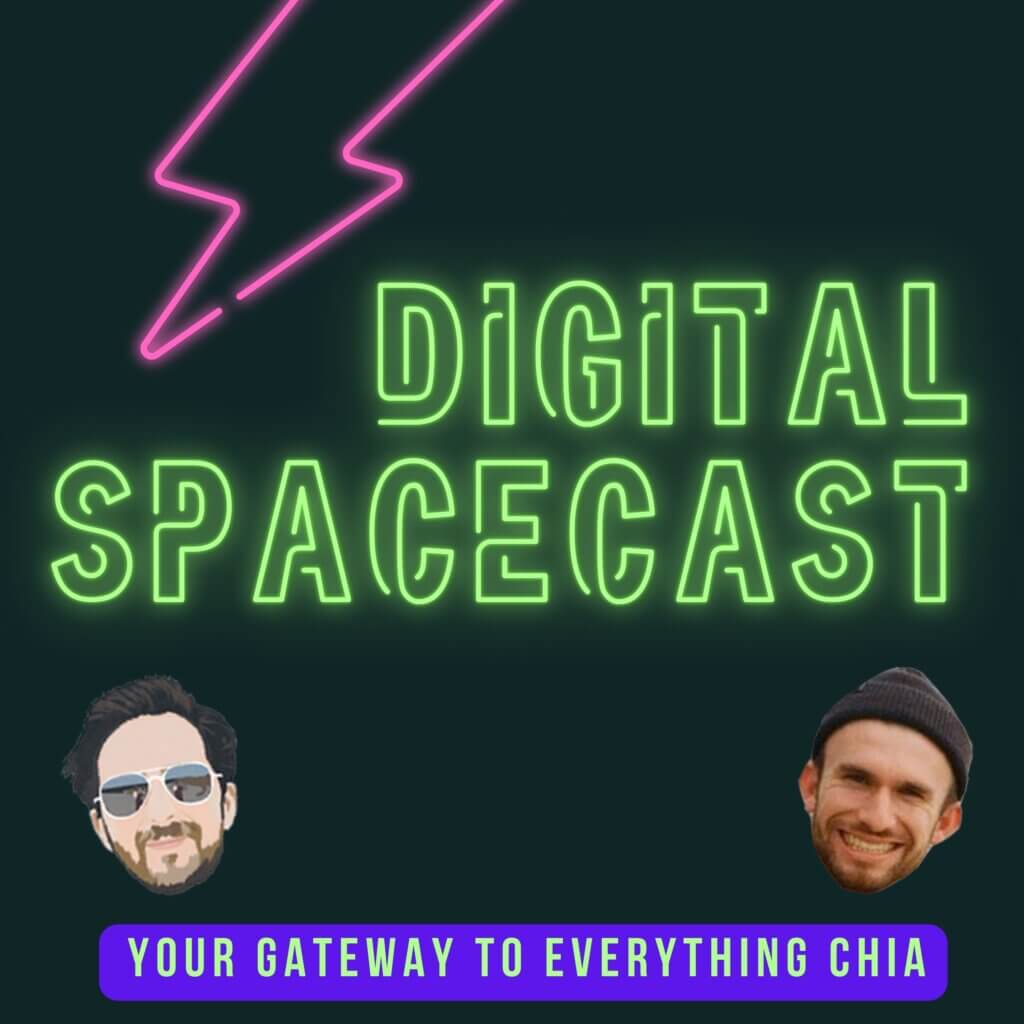 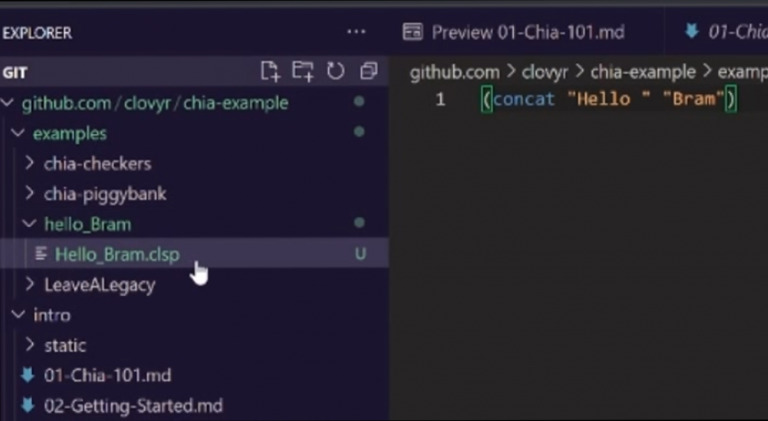 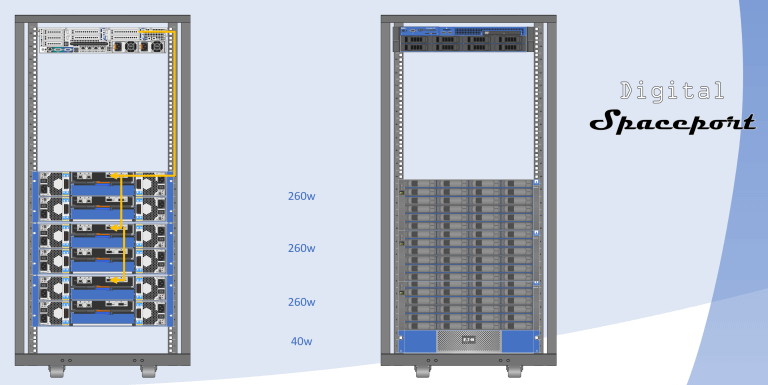 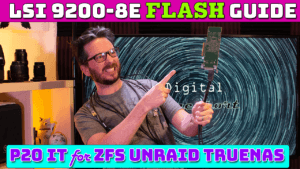 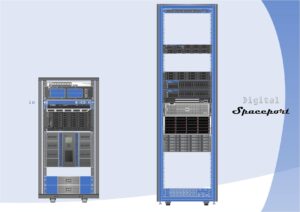